By Makenna ThorneNovember 3, 2022No Comments

“The Beer That Built The Taproom”

It’s true! The success of Sip of Sunshine made made it possible for us to open our beautiful taproom in Waitsfield, Vermont in 2018. 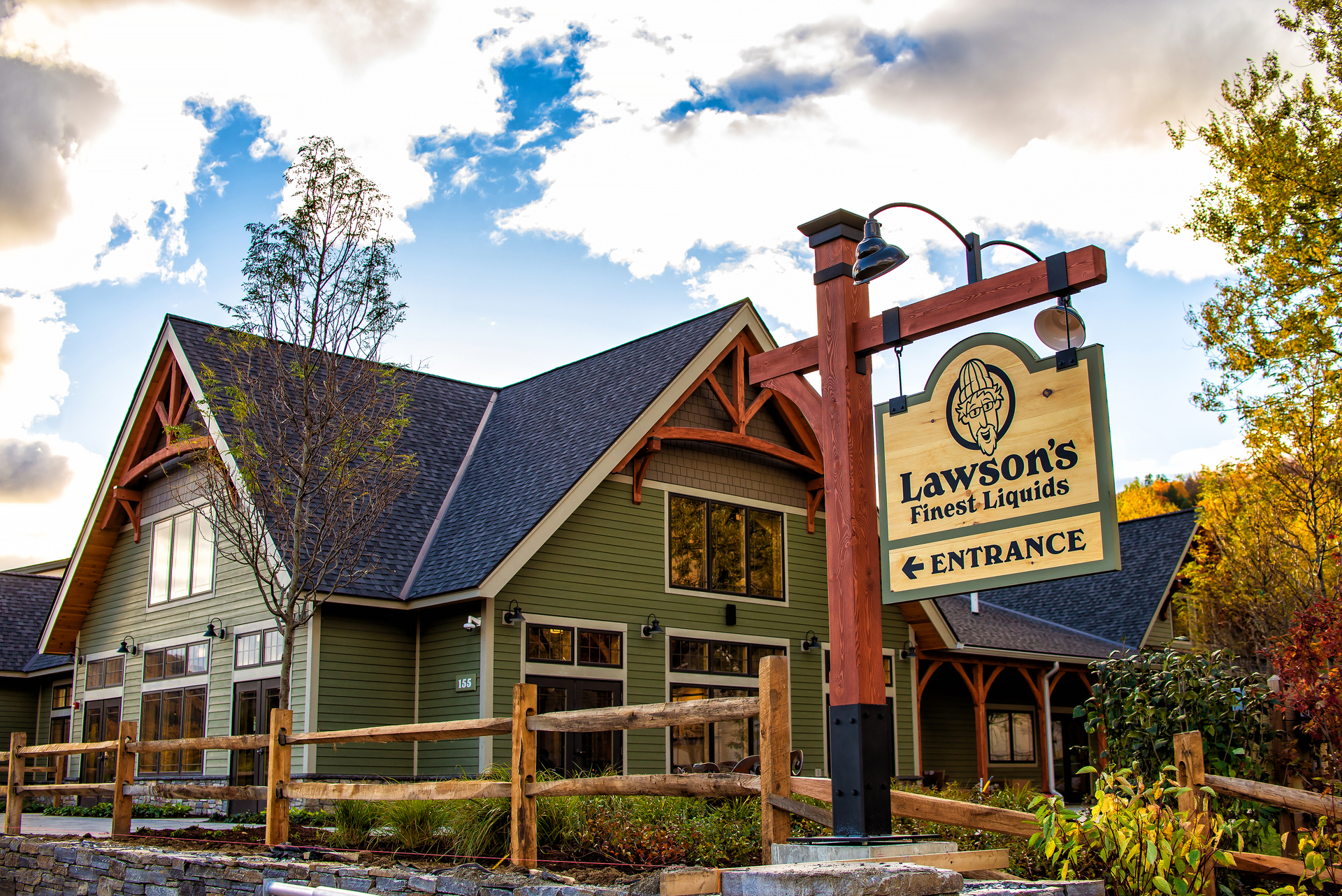 Before there was Sip of Sunshine, there was Double Sunshine. During his homebrew days, Sean was experimenting with a hot new hop called Citra.

People began driving to Warren, Vermont from far and wide to get their hands on Double Sunshine. Sean would deliver to the Warren store every Thursday morning and it would sell out within a few hours. The store started taking preorders over the phone, but eventually, Double Sunshine was being sold out before Sean had even delivered any beer! At the time, Lawson’s Finest was very small and it wasn’t possible, quite yet, to build a brewery like the one we have now. In 2012, Sean read about a group of folks, with decades of experience in the beer industry, opening a brewery in Connecticut called Two Roads Brewery. Sean was aware of Two Roads Brewmaster, Phil Markowski, who made high quality beer and had experience with contract brewing. Sean saw this as an opportunity to make more Lawson’s Finest. He reached out to the folks at Two Roads and they agreed to meet to discuss brewing a Lawson’s Finest beer.

When Sean visited the Two Roads Brewery, he took a water sample to see if it matched the profile of the water in Vermont that he was used to working with. He was pleasantly surprised when the results came back almost identical. This meant that any Lawson’s Finest beer made at Two Roads would taste just as good as the beer made in Vermont.

Fun Fact: Water with low mineral content is preferred among brewers because it does not introduce any new and unwanted flavors to the beer.

Deciding What to Brew

When coming up with a beer to make at Two Roads, Sean had one thought in mind. Brew a beer that’s just as loved as Double Sunshine but has it’s own identity.

Coming up with a name is always a challenge. Sean thought back to what made Double Sunshine so special; the juicy, fruity flavors that made him think of sunshine.

“That’s when the lightbulb went off. It’s like Sipping on Sunshine! No, Sip of Sunshine!”

Once the recipe was developed, Sean did a test batch at Two Roads. While his hopes were high, he knew there was a chance that the partnership wouldn’t work. There wasn’t even any packaging ready in the chance that the beer was worthy of selling!

“It came out and it was so good. I told them, I will put my name on that!”

On March 17th, 2014, they kegged the batch and brought it back to Vermont where the first tastes of Sip of Sunshine were sold.

Fun Fact: The first batch of Sip of Sunshine sold in stores (May 2014) were in 22oz bottles because that was the quickest packaging that Sean could get! Sip of Sunshine cans didn’t come out until six months later.

Sip of Sunshine is solely made at Two Roads in Stratford, Connecticut but early on, it was only sold in Vermont. Folks in Connecticut were bummed that they couldn’t get it. That’s when Sean partnered with our first out of sate distributors, Hartford Distributing and Star.

From there, Lawson’s Finest Liquids was able to expand by building the Taproom and Brewery in Waitsfield, Vermont. Now we spread the sunshine throughout nine states!